It was dark and cold when I arrived in Cardiff for the first time. I was quite tired after a long flight from Colombo to Birmingham followed by a coach trip from Birmingham to Cardiff. The last hour of the coach trip was caught in a slow moving traffic so it was with relief that I got off the coach at Sophia Gardens. I saw that the November rains had freshly washed the city that day as I made my way along the footpath to my hotel on Cathedral road. I had chosen to stay in quieter Pontcanna rather than the busy St. Mary’s street in the heart of Cardiff. However, as I walked along the dark, tree-lined street hardly seeing anyone on the road, I was questioning my choice especially as the late 19th century houses that I passed by seemed dark and empty.

The next morning, Pontcanna looked lovely in the light of the day as I walked along Cathedral road and I was glad I had chosen this part of Cardiff as my base. Here are my special six experiences, which I would recommend to the first time visitor to Cardiff.

I started my exploration of Cardiff, not with a visit to the heart of the city but to the adjacent ancient city of Llandaff, now a suburb of Cardiff, where the 12th century Llandaff Cathedral stands. The local Cardiff bus is the quickest way to get to the cathedral and it took around 10 – 15 mins, so is quite walk-able for those who prefer a long morning walk. 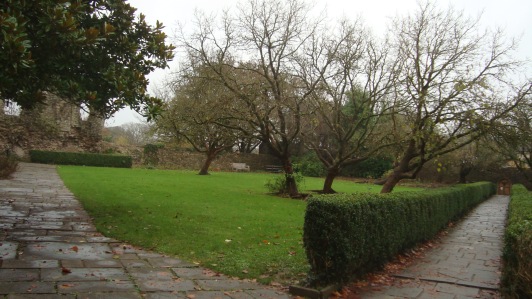 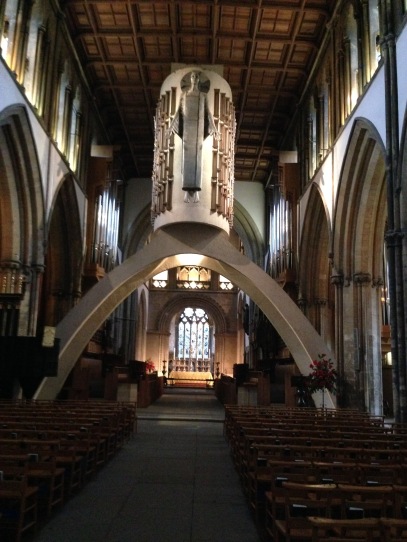 The park was once part of the private property of the Bute family, who had inherited the land in 1766 and begun the development of the grounds. The Bute family gifted the castle and its park to the people of Cardiff following the death of the 4th Marquess of Bute in 1947. The park was named Bute park in 1948. I only had a short walk around the beautiful park but the 56 hectare park is one of the largest in Wales and is a beautiful part of historic Cardiff. 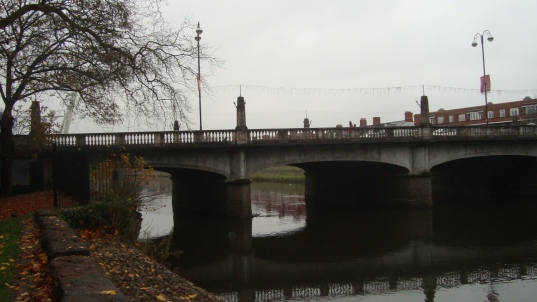 the “bridge” in Cowbridge road

a model of Blackfriars friary, which once stood at this site 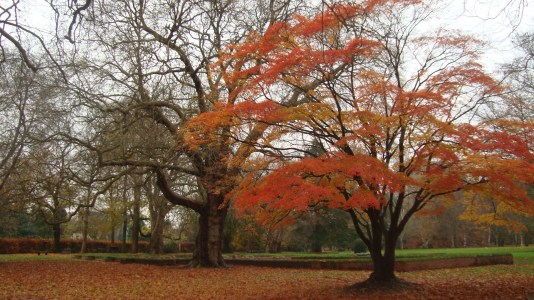 The castle is an iconic heritage site of Cardiff. The site of a 5th century Roman fort was where the Normans built their castle and keep in the 11th century. After being the heart of the Marcher lord territory of Glamorgan for several centuries, its significance declined after Marcher powers was abolished in the 16th century. The castle and grounds eventually passed into the hands of the Bute family in the 18th century. The 1st Marquess of Bute employed Capability Brown, the famous English landscape architect, and Henry Holland, who was Brown’s son-in-law and business partner, to convert the lodgings into a Georgian mansion and to landscape the castle grounds. The 3rd Marquess of Bute restored the Roman walls and undertook a major transformation of the Castle lodgings and park, as he was passionate about Gothic revivalism. He employed William Burges for the transformation of the castle lodgings and Andrew Pettigrew for landscaping the southern part of the park. 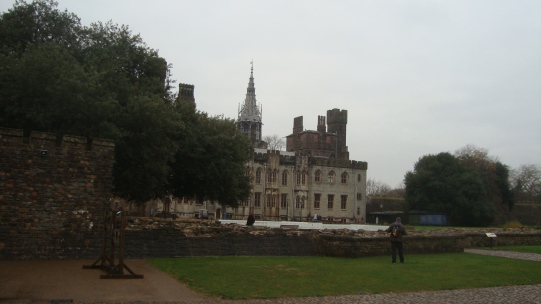 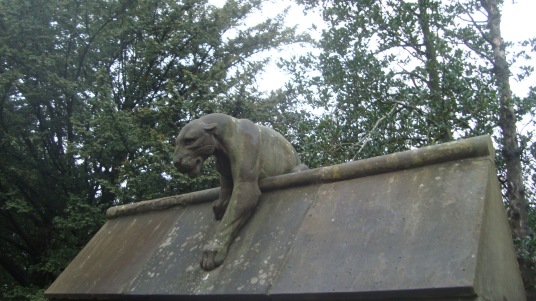 Carrick’s 1931 sculpture of a leopard

I particularly liked the animal wall, which was designed by William Burges but completed after his death. There are a total of fifteen animals on the wall, nine of which were sculpted by Thomas Nicholls in the 19th century and six were sculpted by Alexander Carrick in the 20th century.

I felt my first visit to Cardiff should include an introduction to Welsh food and after searching online, found the Loving Welsh Food tours. After communicating with its founder, Sian Roberts, I was treated to a complimentary tasting tour during my visit. The walking tour was a delightful experience that I have shared it as a separate post.

My boat fix on this trip was going on the Cardiff boat from Bute Park to Cardiff Bay. The 20 minute trip over River Taff, with an audio commentary, took me past Principality Stadium and Brains Brewery. 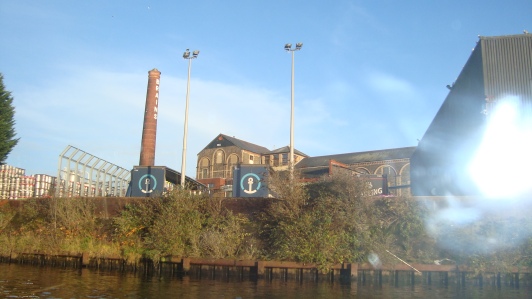 Princess Katharine, a covered boat, was great for winter though I would have certainly preferred an open boat if I had taken the trip during summer. 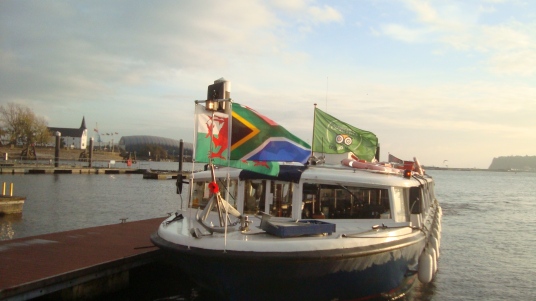 Cardiff Bay played an important role during the industrial revolution as Cardiff became an important port city for its coal trade. The sun had come out of hiding during the afternoon of my trip so it was a lovely few hours when I explored a few of the landmarks around the bay area. I will share the highlights of my bay visit in a separate Special Six post.

Have you visited Cardiff? What was your favourite part of your visit?