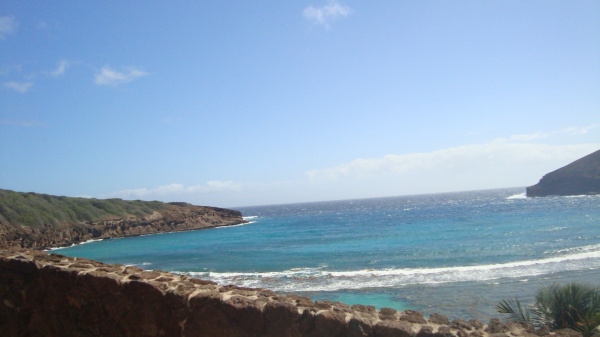 Hawai’i, for me, is a place of natural beauty, blue skies and seas and a people with a beautiful culture.

In this post, I’d like to highlight six special places on Oahu island, that I enjoyed very much during my stay there and would highly recommend to anyone travelling to Hawai’i.

During orientation week at East West Centre, we were taken to Kahana valley on the North shore. We first went to the beach area adjacent to the valley and did some beach cleaning and then drove to the state park area.

While it is a state park and nature reserve, some land has been allocated to native Hawaiians for indigenous plant cultivation.

The staff member, who had organized the trip, also organized a traditional Hawaiian potluck lunch for us, which his family and relatives cooked.

As I was new to the East West Centre culture of bringing your own lunch box for potlucks and parties, so as not to use disposable plastic ware,  I had to make do with leaves to eat my lunch out of. I was quite fascinated by the dishes I tried out that day – a porridge like stuff called ‘poi’, which looked like the north Sri Lankan ‘kool’ except that there was no flavour added to poi, not even salt or sugar. I learnt that poi is considered the quintessential Hawaiian meal made out of taro plant (called ‘kalo’ in Hawai’ian). The native Hawaiian folklore considers the Hawaiian people are descendants of the taro plant so it is a very much revered plant. After lunch, we were taken to the taro patch of the staff member and he showed us the plants from which he had extracted some taro for our lunch.

Waikiki is a place that any traveller to Honolulu is bound to visit. It is famous for its beach. It was a place that my friends and I often visited.

However, there are lots of lovely places around the beach area that is lovely to visit as well. Kapiolani park, with a view of the Diamond head crater, is a venue for festivals and picnics and I enjoyed a few, including the Okinawan festival.

Another place at Waikiki that I enjoyed visiting was the Aquarium. Opened in 1904, it is the second oldest public aquarium in the United States. I saw the national fish of Hawai’i there – the humuhumunukunukuāpuaʻa, which is not the fish below, by the way. 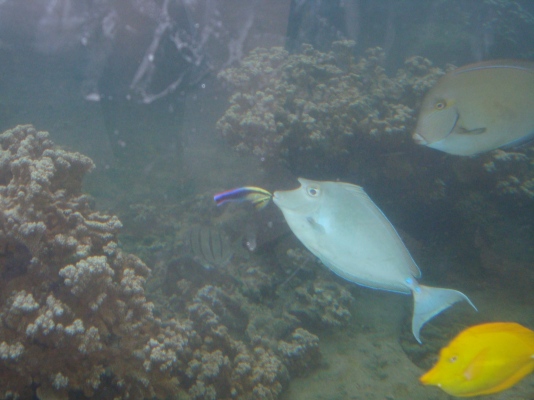 Since I became very much interested in marine life conservation from the environment week discussions at the East West Centre, I decided to organize a visit to Coconut island for our cohort. The island is a marine research facility of the Hawaii Institute of Marine Biology of the University of Hawai’i. 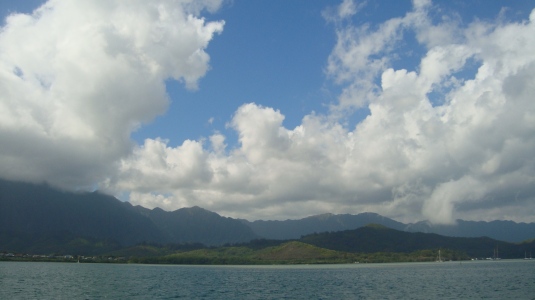 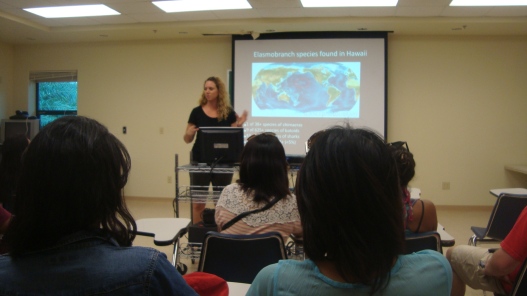 Groups, who would like to visit the island, need to book a prior appointment as visits can only be scheduled and there needs to be staff to guide you around the island.

Hanauma bay is a lovely nature preserve and a marine life conservation area, which some of my friends and I decided to visit during our last weeks in Honolulu.

One of my cohort members was a resident of Hawai’i and one weekend, she invited another friend and I to go with her to a couple of places she treasured in Honolulu. One of the places we visited with her was the Byodo-In, a replica of the 900 year old temple in Japan, and opened in 1968 to commemorate the 100 year anniversary of the first Japanese immigrants to the island. 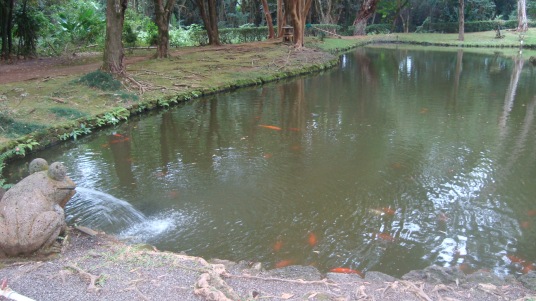 We wrapped up our visits with brunch at my friend’s favourite pancake house. 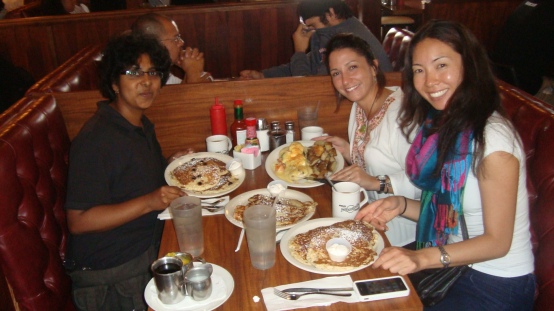 Since I enjoy trying out independent cafes, I did try out some during my stay in Honolulu. Two cafes stand out in memory and I would recommend them both to someone, who really enjoys their coffee.

Morning Glass was a place I was introduced to when two leading Hawai’ian social entrepreneurs/ social business leaders I had wanted to interview suggested the Morning Glass as their favourite coffee place to meet up. It is a lovely coffee shop near East West Centre, with great coffee, and a great place to do some work or meet up friends or work acquaintances.

The second cafe, that I very much enjoyed, was Peace cafe, which is a vegan food cafe. A vegan friend and former colleague from my Stockholm teaching year had wanted me to meet her parents visiting Honolulu and this was the cafe, they introduced me to as their favourite cafe.

Have you visited any of the special places that I have mentioned above? Which would you like to visit?

[Linking this post to The Weekly Postcard and Faraway Files #42]