The Galle Fort on the southwest coast of Sri Lanka had been a place that I visited on an annual basis for a few years. The Portuguese first built the fort in the 16th century to defend themselves against the locals. It was later improved upon greatly by the Dutch in the 17th and 18th centuries with some additions by the British when they took over in the 18th century. It is now an UNESCO world heritage site and is maintained quite well. To this day, it has both a residential and commercial area with one section housing Government offices and the bulk of it, a crisscross of symmetrical streets with houses and small businesses interspersed with historical landmarks such as the lighthouse, the Dutch Reformed Church etc.

The trip to the fort was a tradition of sorts, my mother and I visiting the Galle Fort annually on a day trip in January during the Galle Literary festival. I would choose the day and the key session that we would be attending and perhaps, another fringe event and we would be off at 6 a.m. on the Colombo to Galle bus. My favourite two sessions from the years that I attended the literary festival were the conversation sessions with my favourite playwrights, Michael Frayn and Tom Stoppard.

I had directed and staged Frayn’s Copenhagen, while at university, so listening to him talk about how he went about constructing it was moving. It was like hearing a much loved story again through the person who has not only experienced it with you but was also the one instrumental in bringing that experience to you. I took my old, well thumbed copies of plays by both and got them autographed by the authors. 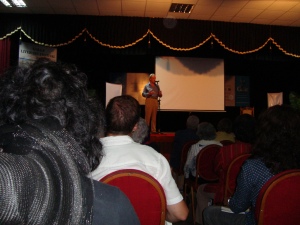 Besides the sessions with writers, there were film screenings and other fringe events, including children focused workshop activities, heritage walks and culinary tours, during the literary festival. One of the film screenings that I attended and very much liked was the screening of Tropical Amsterdam, a documentary sharing the perspectives of some of the well-known elderly Burghers, the Eurasian ethnic community in Sri Lanka. There is a sense of resignation in the documentary that there will be no ‘Burgher’ identity left in Sri Lanka and I felt it would have been good to include the perspectives of the younger generations as well to see if they too shared the same sense of resignation.

Until our particular session time, my mother and I enjoyed walking around the Galle Fort though the amount and distance we walked and explored gradually declined in par with my mother’s declining health. Despite my concerns over her physical fitness to withstand a full day’s trip which included a three hour bus ride each way and sitting in hour-long sessions, her resolute nature was keen to continue this annual mother-daughter ritual. So, we continued our day trips, my mother in her neck collar, and we would walk around exploring the fort.

The gate to the fort was a fortified structure with space within its walls. Probably offices and quarters of the Dutch in the past, it now housed the Maritime museum as well as spaces for hosting art exhibitions.

Turning right after entering through the gate and walking along the walls of the fort, one would come to the street with the 18th century Dutch Reformed Church (the oldest Dutch built church in Sri Lanka) as well as the 19th century All Saints Church. 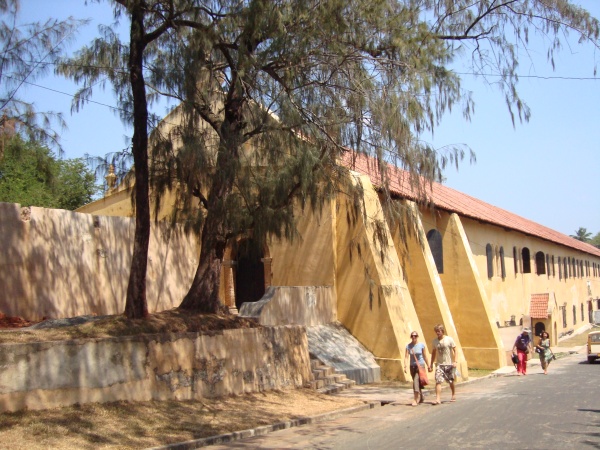 Tombstone inscriptions on the floor greet you as you step into the Dutch Reformed Church (DRC). The church is simple and practical in its construction and is built to keep out the heat of the city. The organ from 1760 still maintains its place in a corner of the church.

Adjacent to the church, a small library had been constructed in 1832 and functions to this date. It is considered the oldest public library in Sri Lanka.

The All Saints Church, a pretty church consecrated in 1871, maintains the same concept of simplicity and practicality in its design as the DRC.

Walking further past the Dutch Reformed Church, one comes to the Government office section and eventually to the public square. The fort was very much a self-contained mini-town during the days of the Dutch and the British.

It was lovely to walk through the old streets – the Leynbaan street – a street that according to one of my Dutch friends could have been similar to the rope maker’s street in old Netherlands where the ropes were made and soaked along drain lines that ran along the length of the street. Indeed, during the Dutch period, Galle became a rope making center. Lace making was also introduced and to this day, both crafts are prevalent as a cottage industry in that town.

The Pedlar’s street was the area where the Moor traders had their businesses and again to this day, small businesses run by Muslim families form the bulk of the enterprises within the Fort complex. While there were several inns and cafes around the fort, we kept returning to our favourites – Pedlar’s Inn and Heritage café, which was the former Old Bakery.

After our coffee or meal, we would continue walking till the end of the street to a section of the ramparts of the fort. The ramparts are a lovely area to walk across in the early mornings or evenings but not when the sun is directly blazing over you.

If you walk along the ramparts, you eventually come to the lighthouse which you anyway see from a distance and the early 20th century mosque, which is a few metres from the lighthouse. 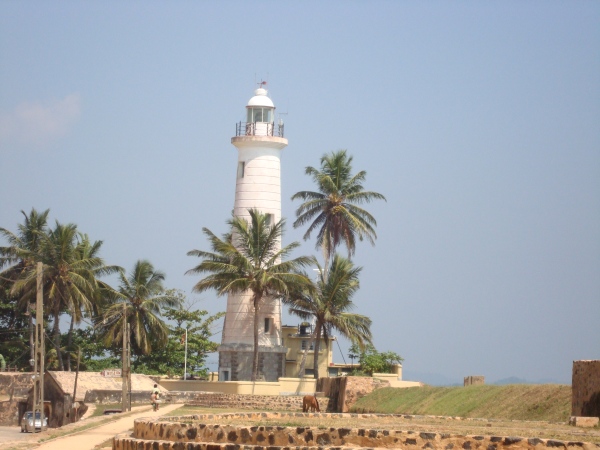 These two landmarks usually form the iconic photographs of the Fort and basically characterize the Fort legacy – the Moor traders who made Galle an important port city on the spice trade route and the later European colonizers who built fortifications to protect their interests.

[I am linking this to City Tripping #30, The Weekly Travel Postcard, the new Monday Escapes #43, and the newly started link-up Cultured Kids]