I am more of a fan of cosy cafes, than fine dining restaurants, especially if they are independent ones and not part of a chain. In Colombo, there is a tendency for cafes and restaurants to mushroom and then close after a couple of years of poor business choices or tough regulations. However, there are some that have established themselves firmly over time. Here are my favourite six in Colombo, some of which I have been a regular customer for over a decade, and others which I like from the newly opened offerings around the city.

Ever since I first stepped into Barefoot Garden back in 2003, it has been my favourite cafe in Colombo. Aesthetically pleasing, the outdoor cafe adjacent to Barefoot gallery, which hosts art exhibitions and music performances among others, serves great food, has a good tea menu and a better wine selection. The customer service can vary but I usually go to Barefoot when I plan to spend a couple of hours there catching up with friends so I don’t mind the sometimes long waits for food to arrive. It also used to be my preferred place of work, during my consultant years, as the atmosphere on weekdays prior to the lunch hour is conducive for working on a report. 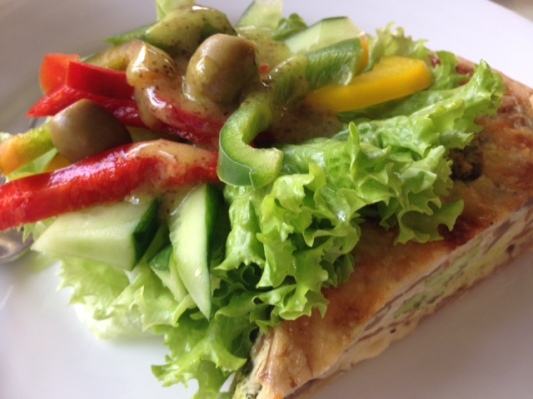 Broccoli and mushroom quiche with salad

Barefoot cafe is at the back of Barefoot, the shopping outlet of the cotton handloom company started by Barbara Sansoni in 1964. The company engages rural handweavers and has continued to be the best in the Sri Lankan handloom industry over the years, yet to be matched by other handloom companies for its vibrant colours, quality and choice of products.

While I enjoy the ambience of Barefoot, I prefer to go to Barefoot during weekdays than weekends, despite its live jazz on sundays, as it is too crowded then for my liking and you are conscious of people waiting for tables to leisurely enjoy your own meal.

Commons, the first of Harpo Gooneratne’s ventures, was opened in 2004. From his DJing career, Harpo shifted to the hospitality industry and worked as an entertainment manager at 5 star hotels. With the start of his own Harpo Productions company, he has launched a series of cafes and restaurants with different concepts. While I like several of his cafe/ restaurant ventures, I like his first the most.

Commons at Flower Road, Colombo 3 has continued to be a place I have enjoyed meeting up with friends. It has a relaxed atmosphere, friendly service, good food, particularly their Sri Lankan menu – my particular favourite is the rotti cart, with the selection of rotti with fillings.

Heladiv Tea Club is an initiative of one of Sri Lanka’s largest tea exporting companies. They started the Tea Club at the old Dutch hospital precincts at Colombo Fort in 2011, after the site went through a massive renovation and restoration project. While I enjoy their tea offerings and their limited food selection is good, my particular favourite here is the soursop iced tea soda.

While Sri Lanka is well-known for its tea, it’s coffee is hardly known. It is surprising therefore that for a few decades in mid 19th century, Sri Lanka was one of the top global producers of coffee. In fact, according to the website of Whight and Co, one of my favourite coffee places in Colombo, the Dutch introduced coffee beans from Mocha in Yemen to Sri Lanka in early 17th century and the British subsequently expanded coffee cultivation. It was the coffee blight of 1869 that resulted in the switch to tea plantations.

James Whight, the owner, had tested coffee plants in regions where they had once grown coffee and found that the sample from Mathurata region in Uva province were from the descendants from an Ethiopian coffee bean mother plant. This coffee is now available as the Ruby Harvest coffee and is served at Whight and Co on Marine Drive, Colombo 3.

I have tried a few of their coffees and my favourite is their cold brew, which is only sold in two coffee shops in Colombo that I know of. The upstairs space is lovely, if you need to work on your laptop for a couple of hours, read or simply enjoy the view of the Indian ocean while you appreciate your coffee.

A cafe that opened up a year or so ago, I like the way they have decorated their space at the Prana Lounge premises at 60, Horton Place, Colombo 7. It is an inviting, cosy cafe serving delicious meals. I love their french toast specials, which they seem to change seasonally. The couple, who run the cafe, have lived in London for several years and had been inspired by the food scene in East London and opened up this organic cafe. They have opened up another outlet, called Kumbuk kitchen, next to Good market on Reid avenue. 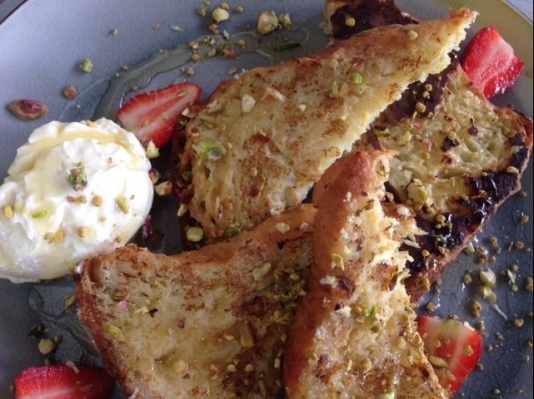 I visited this newly opened coffee shop on Stratford avenue, Colombo 6, last month and I immediately added it to one of my favourite coffee places in Colombo. 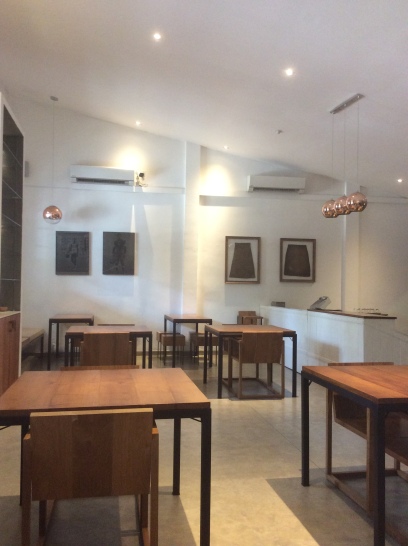 Nimesh Namasivayam, the owner and barista of the coffee shop, has come up with a lovely menu of small plates and bites of Sri Lankan food with a twist.

Roti crisps with a choice of accompaniments

My favourite part of the coffee place was of course the coffee, which Nimesh sources directly from organic coffee producers around the world. The delicious cup of coffee that I tried out recently was a blend of Ethiopian and Indonesian coffee beans. 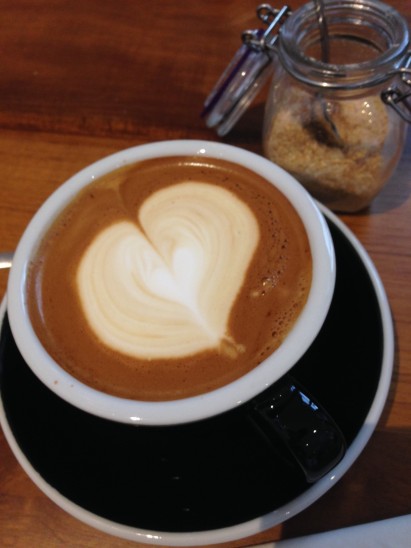 Have you visited any of these six special places during your visit to Colombo? Which ones would you be interested in trying out?

[To check this and related articles on Colombo on gpsmycity.com, click on this link]

[Linking this post to City Tripping #71 and Faraway Files #28]

Images that are not taken by me will include a link back to the source site, which retains the copyright of said images and not this blog. The same applies to any YouTube video clips included in posts.
Follow Perspectives Quilt on WordPress.com
Join 870 other followers