One of the last cities we explored, during the 9 day Nile Adventure – Felucca cruise tour of Timeless Tours, was Luxor. Luxor, the ancient city of Thebes, was one of the most prominent cities of ancient Egypt. Now the footprints of the modern city intertwines with the ruins of this ancient city.

The following were the special six highlights from my visit to Luxor:

Located on the east bank of Nile River, Luxor temple complex was built in 1400 BC and believed to have been dedicated to Amun. 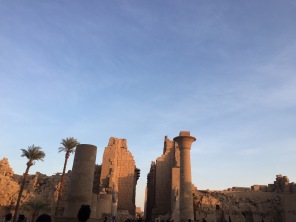 Obelisks were a key feature of ancient Egyptian temples. One of the pair that stood at Luxor temple was relocated to Paris and is currently at Place de la Concorde.

The Luxor temple and Karnak temple was connected across a 3 Km avenue of Sphinxes.

The sacred lake within the temple was built around mid 1500 BC by Tuthmoses III. There was a scarab facing the lake, around which my group members walked around seven times as there was a local belief that doing so would eliminate any love problems that one had or would face in the future. 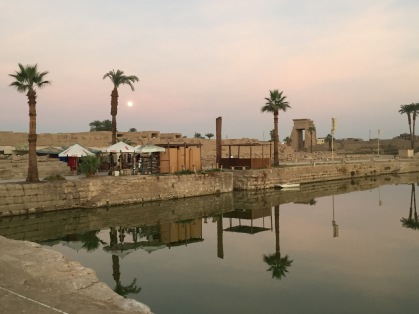 Karnak was the main place of worship during its time. It was dedicated to the chief deity of the Theban Triad, Amun.

There was an annual procession from Karnak temple to Luxor temple along the avenue of Sphinxes. 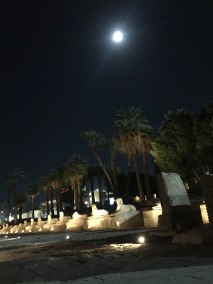 The two stone statues of Pharoah Amenhotep III have stood guarding the mortuary temple of Amenhotep on the west bank of Nile River since 1350 BC. The temple was considered the largest in its time, even larger than Karnak temple. However, an earthquake around 1200 BC destroyed the temple and left only the statues standing.

Why Amenhotep’s statues later came to be called Colossi of Memnon is connected to the Trojan war. Memnon, the King of Ethiopia, and believed to be the son of the Goddess of dawn. Following his slaying by Achilles in the Trojan war, a cry was heard at dawn across the statues which apparently sounded like Memnon. Hence, the name Colossi of Memnon was bestowed to these two statues. Our guide mentioned that the sound may have been due to the wind passing through the cracks in the statues.

The Mortuary temple of Ramesses III is located in the west bank of Luxor. 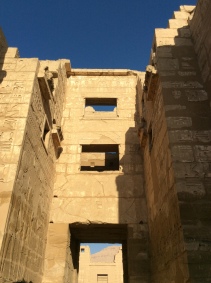 Our guide had given us the option of visiting Temple of Edfu, on our drive from Aswan the previous afternoon, or visiting Habu temple in the morning. He mentioned that while Habu was a smaller temple, the relief on its walls were well preserved and worth visiting. Our group unanimously voted to visit the Habu temple and we were not disappointed. 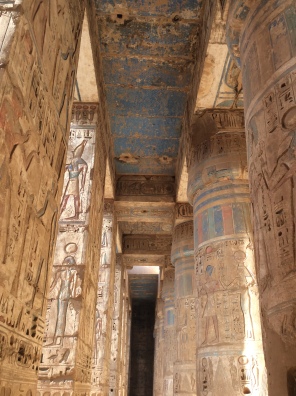 Hatshepsut was a female Pharoah, who came to power in 1478 BC and ruled for nearly 22 years. 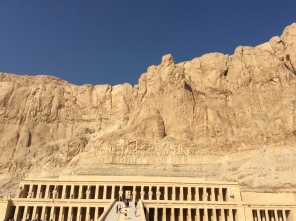 She had herself depicted as a male with a beard in her statues at the entrance of her mortuary temple.

The Valley of Kings, on the west bank of Luxor, was the Theban necropolis where Pharoahs were buried between 16th and 11th century BC.

Our entrance ticket to the Valley of Kings allowed us to visit 3 of the tombs within the valley. There were some tombs, especially Tutankhamen’s , that had an additional entrance ticket. 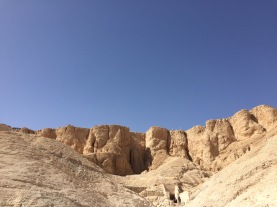 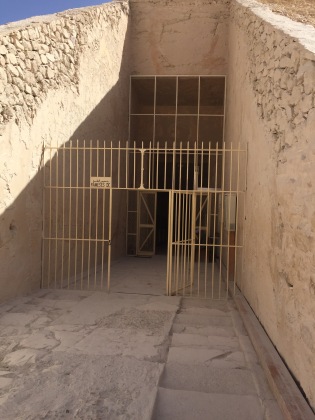 What amazed me was the preoccupation of ancient Egyptians with death. Apparently, a Pharoah as soon as he came to power would start building his tomb. As indicated at the entrance of the tomb of Rameses III, the tomb was built at different levels deep inside the ground to accommodate not only the Pharoah but his family members and other people close to the Pharoah.

As was the case of Ramesses III’s tomb, he worked at extending the partly excavated tomb initiated by his father.

The paintings on the walls of the tomb of Ramesses IX were well preserved. Different Gods, including Anubis, the God of death were painted on the walls.

The overall impression I left Egypt with was that ancient Egyptian rulers were obsessed with their mortality and after-life. They were concerned about their reputation after their passing and wanted to document and record their lives from their perspective. This obsession has left us with materials thousand years down the line, for us to be better able to understand how royal life was back then.

Have you been to Egypt? What was your impression of the ancient Egypt sites that you visited? If you haven’t, which site would you want to visit the most and why?