Indonesia was the first country I visited, outside of Sri Lanka, and it was at the age of four. So, with all the new sights and tastes that my four year old self absorbed with delight, and continued to absorb for the next four years that we were there, I have such nostalgic memories of Jakarta.

It was where I started kindergarten.

It was where I moved on proudly to Grade I, delighted that I was joining my siblings at the school proper. 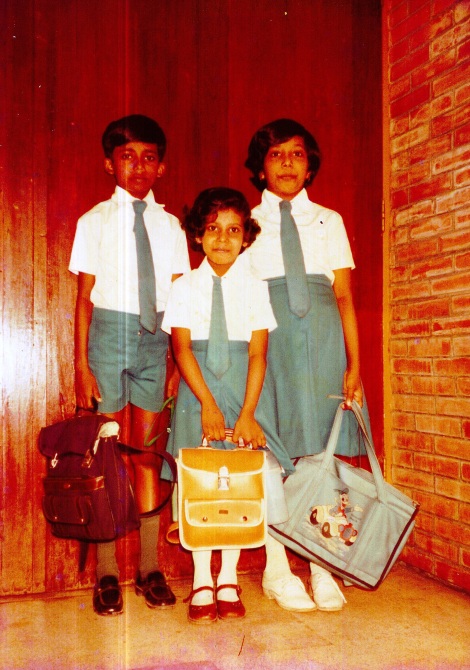 It was also the time that I discovered that I loved to dance and enjoyed music. While I didn’t pursue either beyond my childhood, it meant a lot to me then. 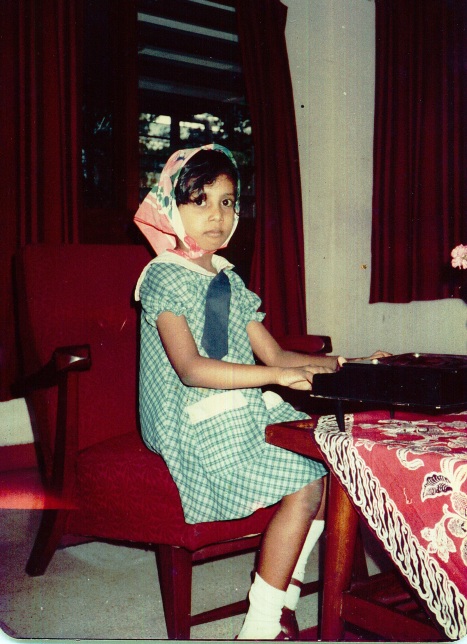 I remember this particular dance that I participated in, not only because I have a photo to remind me of the instance, but because it was something that I pleaded so much to be a part of, and I don’t think I have ever pleaded for anything that much ever since. It was some international children’s cultural event, hosted by Indonesian authorities, and the embassies had been invited to participate with a cultural performance from their countries. I remember that the embassy had requested a Kandyan dance troupe, visiting Indonesia at that time, to train a group of Sri Lankan children (ages 10 – 15 years) for a traditional dance performance. Unfortunately, I wasn’t within the selected age group but I wanted to be so much a part of it, that I kept making my requests so much so that my mother and the other mothers, who were organizing the dance and costumes gave in (probably because I was being too much of a pain) and created a special and independent role for me in the group dance, that would allow me to dance while not disturbing the group dance dynamics of the older children.

This photo was at the opening ceremony of the event, where all the children from all the countries were on stage and then we had to give the flowers to the people seated in the front rows. As much as I loved being a part of the dance group, this basically was my first and last major public dance performance.

When I finally left Jakarta after completing Grade III, I promised myself that I would one day return to the country of my childhood. 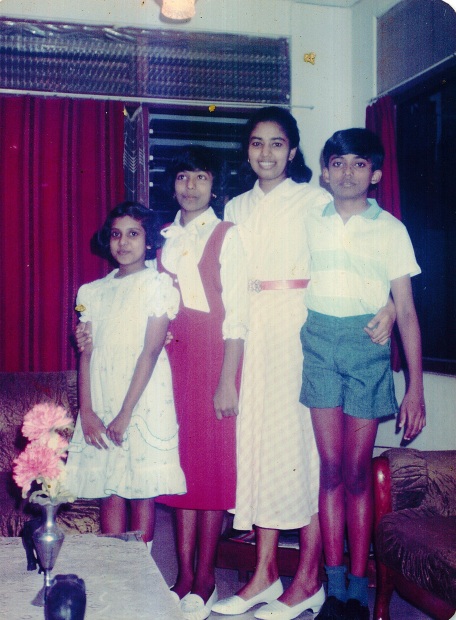 However, decades passed and I was not able to make the trip back. Until last weekend. It was an impromptu visit, prompted by three factors – a friend who had been inviting me to go on a trip with her, the direct flights introduced by Sri Lankan Airlines to Jakarta and the convenience of free entry visa on arrival.

While my main interest was in revisiting places of my childhood to see if there still remained some semblance to the past, I also wanted to spend some time with my friends. So, I chose to do the visits to childhood haunts on my own.

Hiring the reliable Blue Bird taxi on two separate occasions, I had a lovely drive and fortunately, on both these occasions, I escaped the traffic that Jakarta is now so famous for.

Jalan Cik Ditiro, the road where we lived, still existed though it seemed more tree lined than it was before. Also, the houses all seemed to have put up high walls and security systems, as opposed to the low walls of the 80s. I did locate the number of our house and did ring the bell, hoping that it was the same owners. Lia, the daughter of our former landlady, was a friend of mine and I remember my first pet was actually Lia’s pet – Derry, a cute puppy, which she was generous enough to share with me. No-one answered the bell and I decided to go on to my next place.

I next went to my first school, Gandhi Memorial International School. I learnt that the main school had shifted to a new location but that the primary school was still at its old location at Pasar Baru. After asking for permission, I was allowed to visit the auditorium and different floors, but not the classrooms as there was an examination going on. 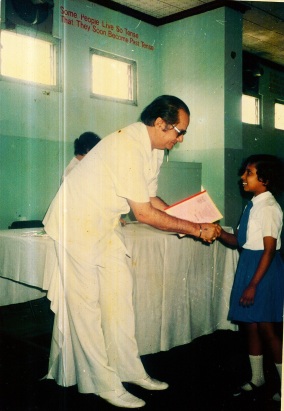 The auditorium looked the same, except that the writings on the wall had been removed as had the fans. It was also nice to see my Grade III classroom. 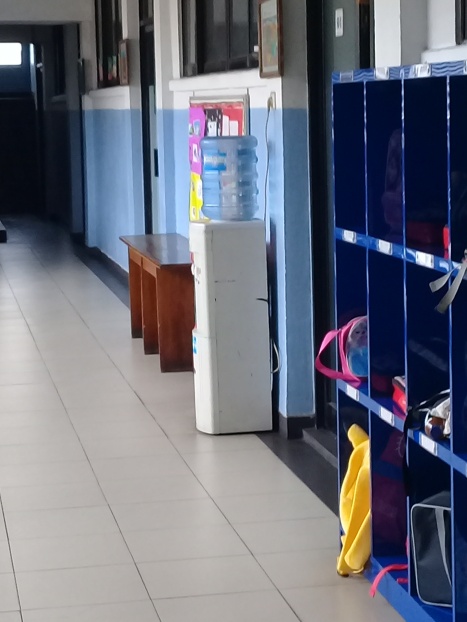 One of my memories of my primary school are the special days that the school celebrated: Gandhi Jayanthi (October 2), Children’s Day (November 14) and Teacher’s Day. Especially teacher’s day used to be interesting with the senior students taking over teacher’s roles and coming to our classes to take lessons.

After the visit to GMIS, I went over to the Sri Lankan embassy. There too, despite the embassy being at the same premises, the immediate change observed was the high walls and the huge security gates.

The interior looked similar, with the little grass lawn with the flag, where the independence day ceremonies used to be held. The main hall, where the gatherings used to be held, had been decorated differently but the same oil lamp still took center stage in the hall.

In the evening, I went for a drive around the city, and especially asked to drive by Monas, the national monument which had a park, where we used to go in the evenings during weekends.

As it was raining, I decided not to go into the park area without an umbrella. Since several people, including the taxi driver, suggested I should visit the old part of the city – Kota Tua, and I did not remember ever having visited it in my childhood, I decided to go there as well. On the evening I visited, there had been some concert or public gathering that had just finished in the old square, so there was still quite a crowd. I didn’t linger there but I could imagine it being a lovely square to explore in the morning, without the crowds.

Besides these few places that made up a large part of my childhood memories, Jakarta in 2017 has changed a lot from the 80s. Now, a bustling city with highways packed with private vehicles, high rise buildings and shopping malls crowding out the city, it is no more the city that I remember and recognize but it was still lovely to revisit and see the changes that have been wrought there. And, remembering my childhood and the child I was back then.