I had booked a hotel close to the Trevi fountain so as soon as I had checked in and dropped my bags in my tiny room, I headed out for a walk to the fountain. While I had seen lots of photos of the fountain on the web, it still did not prepare me for the first time I saw it in front of me. The narrow streets leading to it suddenly widening and there in the middle of a sort of junction, right on the side of a historical building was this elaborately carved fountain.

As I walked about the streets, it felt like walking around an open-air museum. This post is a photo tour of the visual treat that Rome turned out to be. 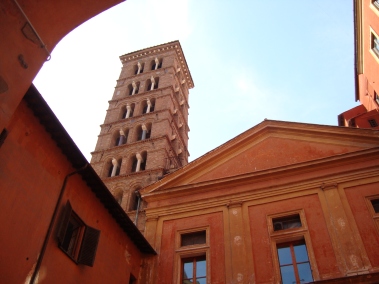 I visited the Keats – Shelley house overlooking the Spanish steps. This is the house, where John Keats died at the age of 25. The library in the house, with its collection of 8000 volumes, was not there during Keats time. The house also showcases English writers, such as P.B. Shelley and Mary Shelley, Lord Bryon etc. who made Italy their home during the early 19th century.

While in the other cities, I had for most parts had a loose itinerary that I modified according to my mood, it was not so in Rome. I felt the city’s past called out loudly to the visitor and claimed one’s attention. I felt that I had to visit some of the historical sites and ended up packing in a whirlwind tour in my three days there.

The next day, I visited the Colosseum, the Roman forum and Palatine Hill in the morning and the Largo di Torre Argentina in the afternoon. Having had to memorize the first part of Antony’s famous speech at Ceasar’s funeral, from Shakespeare’s play, during my childhood and having spent hours practicing voice modulation on that speech, I felt I needed to see the place where Ceasar was assassinated. In the midst of a bustling place surrounded by modern buildings on all sides, the tiny square with the ruins of the theatre of Pompey where Ceasar breathed his last is closed off to the public but can be viewed from the outer perimeters. 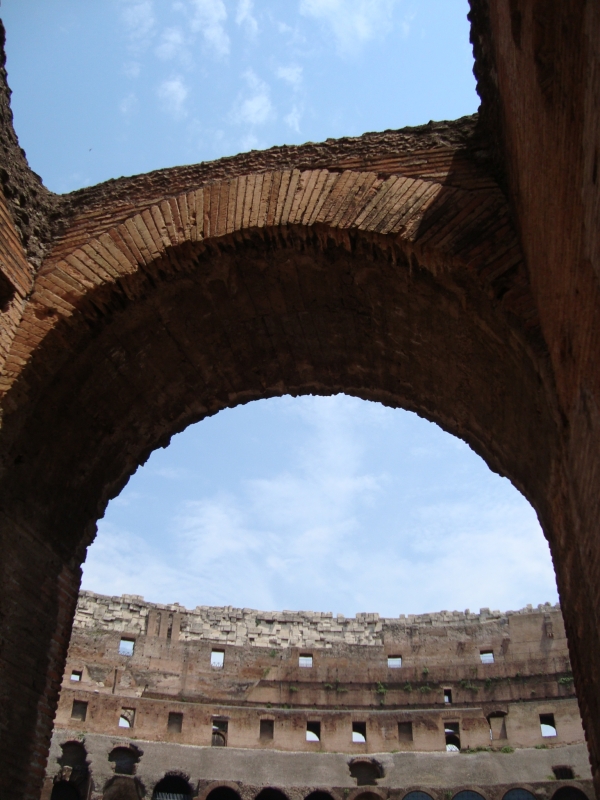 It was a very hot summer day in Rome so I stopped to enjoy a lemon granita on my way back to the hotel. Granita became one of my favourite food during my time in Rome.

On my third day, I visited Vatican city in the morning and then wandered about the city in the afternoon, visiting Circus Maximus, which was the largest venue for public games in ancient Rome. 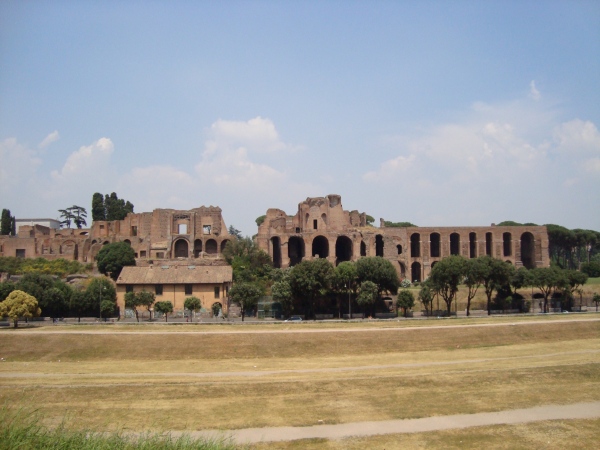 I ended my day with a visit to Altare della Patria (National Monument to Victor Emmanuel, the first King of unified Italy).

I guess when one visits Rome for the first time, one does tend to try and pack in as much sightseeing as one can fit. Hopefully the next time I visit, I will take a more leisurely pace to enjoy the city better.

[Other posts part of the travelogue of my 2008 travel around Italy – Torino, Venezia, Firenze, Siena and San Gimignano, Vatican City]

I am linking this post to City Tripping #47, hosted by Wander Mum and Mummy Travels.