Travelling for the first time to Paris, when you are in your early twenties, is an enchanting experience. A magical age, when you are at the interface between shedding one’s youth while still retaining some starry eyed dreams such as an enchanting trip to Paris. So you can imagine my delight when my mother told me that she was transferring the prize, she won in a raffle draw, to me. Yes, her prize was a return ticket to Paris. As one of my friends had moved to Paris with her family, and had extended an open invitation to stay with them when I visited the city, my accommodation was also sorted out. In the autumn of 2002, one of my then top travel wishes on my bucket list was fulfilled.

I diligently covered all the trails that I had read and dreamed about. From my week in Paris, the following six remain my treasured experiences.

Walking must have been my favourite activity in Paris. This was years before my road traffic accident so I was able to walk long distances without easily tiring. I enjoyed wandering around the arrondissements on the left and right banks of river Seine, namely the 1st, 4th, 5th, 6th, 7th and 8th arrondissements, simply taking in the vibes of the places I passed by. I enjoyed coming across both expected and unexpected pleasant surprises. Coming across the pretty Église Saint Julien le Pauvre, a Melkite Greek catholic church built in the 13th century, was an unexpected surprise as I had not marked it on my walking route previously.

Another unexpected pleasant encounter was the black cat that came to greet me as I looked around Shakespeare and Co.

I did expect to be impressed by the medieval Gothic architecture of Notre Dame cathedral and I was.

Walking around the lovely streets of Paris, I especially loved it when the delicious smells of a bakery would waft past me and tempt me to stop and try out some delicious baked treat. I came away from Paris with an impression there was a bakery on every corner.

Simply breathtaking. There are no other words for it. I had seen so many photos of it, prior to my travel, and had been anticipating the visit here a lot. My friend and I explored the place, taking the funicular up and later, climbing down the crowded stairs on our way back. Making our way down to the tiny square, stopping for an ice-cream cone, and then meandering around Montmartre and of course, visiting the Place du Tertre.

I really enjoyed walking around Sorbonne. Christine, another of my friends in Paris and a former colleague from my gap year of teaching in Stockholm, was also in the city then. Since we had planned to meet up for lunch, I had asked that we meet up at her favourite neighbourhood in Paris. We met at Sorbonne, her alma mater and walked around the beautiful place. It was at a cafe here that I tried out French onion soup for the first time, as Christine recommended it as the quintessential French cuisine.

I was enjoying walking around a lot that I did not particularly want to go into museums and have the day pass by indoors. However, I am glad I decided to visit this lovely museum housed in a former railway station in the 7th arrondissement, based on the strong recommendation of my research supervisor. The museum was smaller, easily navigable, than the overwhelming and crowded Louvre and I was able to enjoy the painting collection better.

I have always been partial to cruises, whether on a lake, river or sea. So of course, I had to take a boat cruise on the River Seine, which I enjoyed very much.

I had expected that this would top my favourite list, before travelling to Paris, and this was one of the first places I visited. My friend had actually discouraged me going to the top of the tower, mentioning that it was not all that great an experience. However, since I had wanted to go to the top of Eiffel tower for a very long time, I didn’t mind the long wait in the queue for our tickets. I felt sorry for my friend’s nephew though, who was fidgeting the whole time, so it is probably not a great idea when travelling around with kids. I did enjoy visiting the tower and I even visited Montparnasse tower to have a different view of Eiffel tower from its top. 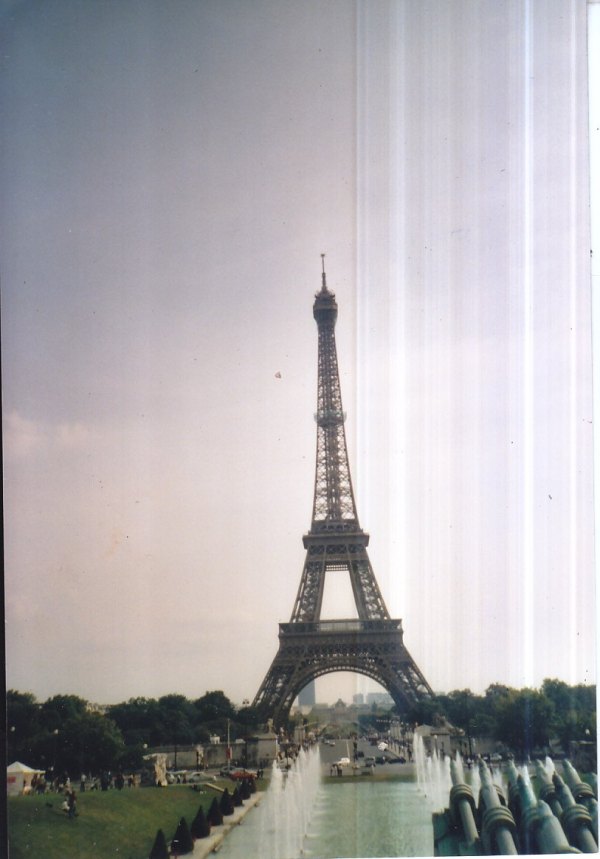 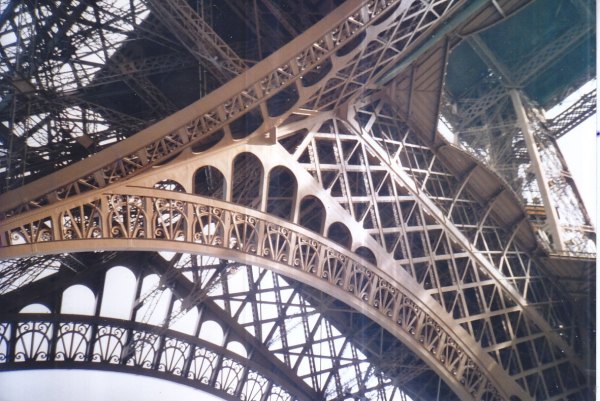 Six plus One highlight: My friend’s family were keen to take me on a day trip out of Paris, though I was content to simply continue exploring Paris’ fascinating arrondissements. After some discussion, we agreed on the Palace of Versailles. When we arrived there, we saw the immense crowds and the ticket counter for the palace tour had a very long queue in front of it. I did not want to wait in the long queue nor did I think that my friend’s nephew and niece would appreciate the wait either. So, I suggested we take the palace gardens tour instead, since they had anyway visited the palace before, which turned out to be a lot of fun. We ended our trip with a picnic and some rowing on the lake, which everyone including the kids enjoyed and left me with a wonderful memory, of the palace of Versailles as a lovely day trip out of Paris.

I found my first visit to Paris enchanting, though I know if I were to revisit now, the focus of my exploration would be different.

How did you find your first visit to Paris?

[I am linking this up to City Tripping #33, hosted by Wander Mum and Mummy Travels]