Looking back at my brief time in Cape Town, my three favourite memories of the visit are the trips to Robben island, Cape Point and the colony of African penguins at Boulders beach.

My colleague and I had booked a 3 day tour package in Cape Town through our travel agent, when booking a flight to Johannesburg. After a couple of days in Pretoria with our host family and driving around the city taking in the President’s office, freedom park, the craft market etc., we took the budget Kulula airlines flight to Cape Town. I had read about the humorous announcements made on the flight and I was delighted to hear some of them. The following clip is a Kulula humour snippet I found on youTube, courtesy of South Africa Travel Online.

After the entertaining flight into the city, we checked in at our hotel and then spent the rest of the afternoon and evening walking around and exploring the nearby markets. It was a relief to be able to walk about the city freely after having feeling constrained in Pretoria and Jo’burg, where the roads became deserted by 5pm and houses had electric fences around them.

We took the cable car up Table mountain the next morning. Despite my fear of heights, I always seem attracted to hills and mountains and their summits during my travels, especially when it is accessible by cable cars. This time was no different and I found myself in a crowded cable car going slowly up the mountain to the summit. 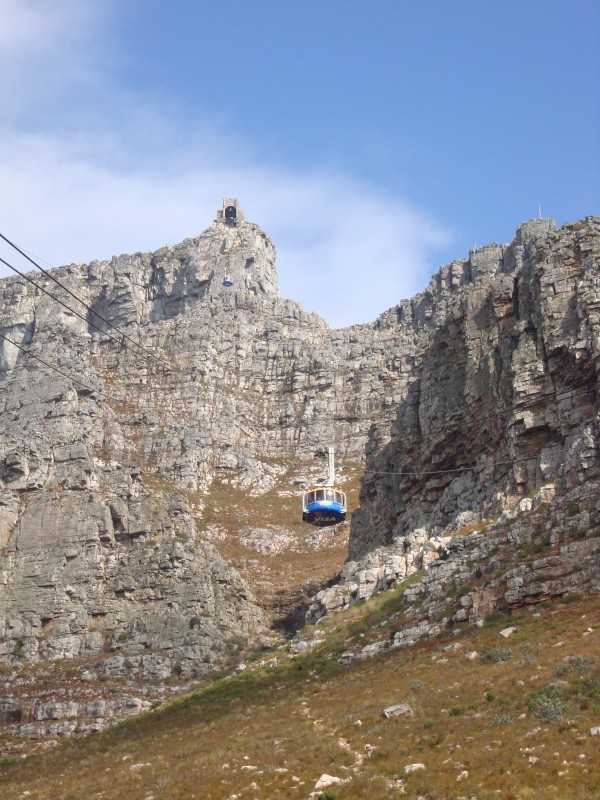 After our little trip to the summit of Table mountain and back, we took a bus tour around the city, stopping at the Malay quarter, the castle fort remains, the Company gardens as well as the City Hall and House of Parliament. I liked the colourful and lively atmosphere of Cape Town.

The next day, we went on a day trip to the Cape peninsula. It was a beautiful drive passing Clifton bay. 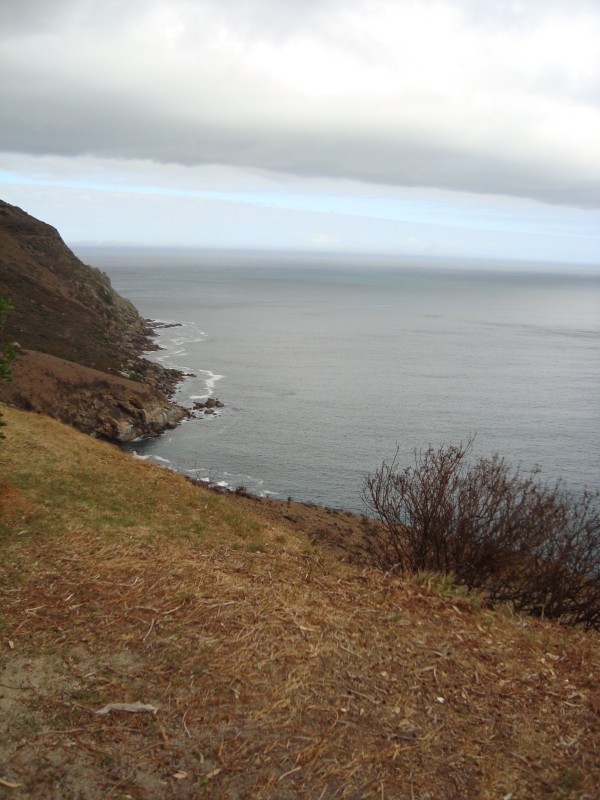 We then continued on to the beautiful Cape Point Nature reserve and Cape Point, the most southwesterly point of Africa. We climbed up to the old lighthouse. 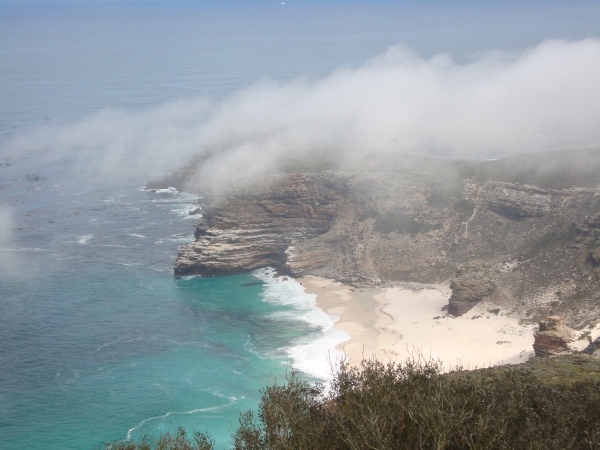 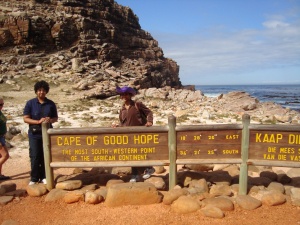 After lunch, we travelled onto Simonstown to visit the colony of African penguins at Boulders beach. The tiny penguins seemed habituated to humans and thus did not seem to mind that people were walking around their little space on the beach. This is a short video clip that I put together from a few of the videos that I had taken at the penguin colony.

I did read that the African penguin colonies were reducing in size due to food shortages. The colony at Robben island were down to 3000 from around 15000. So, I suppose the same could be the case for the Boulders beach colony.

The day trip ended with a visit to Kirstenbosch botanical gardens, a 528 hectares estate, where only indigenous South African plants were grown. After walking around the gardens a bit, we were quite content to return to the cafe and enjoy our afternoon tea and relax.

On the third day, we walked to the famous Alfred and Victoria Waterfront and took a ferry to Robben Island. The island prison, which housed prisoners from the 17th to 20th century and where Mandela was imprisoned for 18 of his 27 years in prison, is now a world heritage site and museum.

The island tour started with a bus trip around the island. We had an interesting and funny guide called Yasien Mohamed, who had been a former political prisoner on the island. His tour was very informative in relation to the island’s history and the influence of different countries on the tiny island prison. He was also the funniest tour guides I have ever come across and I believe his vocation should have been that of a stand-up comedian. In between sharing island facts, he would ask each one of us on the bus which country we were from and then make a joke related to that nationality as well as mention a connection that that country had with the island.

The part of the island that inspired me the most was the limestone quarry where the prisoners had to work long hours, which in turn affected their eyesight. He mentioned that Mandela too had worked in this quarry for 18 years due to which he had not been able to face the camera flashes directly. The interesting part about the quarry was that the limestone quarry became the place where the more educated black African prisoners like Mandela focused on the education of other black African prisoners and sometimes that of the prison guards. It came to be known as the university of limestone quarry.

As I had forgotten to recharge my camera battery after my trip to Cape Point the previous day, my battery had died while on the ferry to Robben island. So, I have no photos from my visit to the island. However, it is the place that made the biggest impression on me, at Cape Town, as I seem to remember several details of that visit without the aid of photos.

* Travel Tuesday Linkup, co-hosted by Diana@Diana Elle, Rachel@A Nesting Nomad and Katrina@The Thrifty Gypsy’s Travels;
** City Tripping #34, hosted by Mummy Travels and Wander Mum
*** Wanderful Wednesday, hosted by Snow in Tromso, Lauren on Location, The Sunny Side of This and What a Wonderful World]

38 thoughts on “A sojourn in Cape Town”